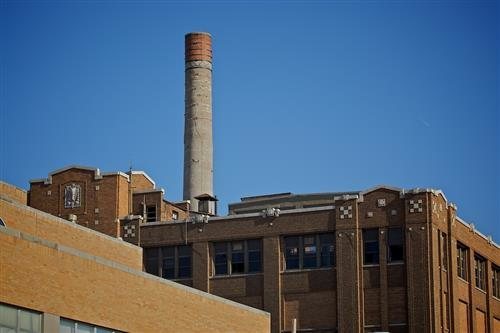 This building dates back to 1915 when it was used as a meat-packing plant, before being turned into a packing operation. A gas leak occurred in 1949 and as a result, an explosion killed several people. After, the location became a shopping center and it is here where strange occurrences have been reported. Elevators have seemed to move when they aren't and it is reported that for a few years, brochures were printed with “Paul Pulaski, our in-house ghost, welcomes you.”

Note: A 2007 report states that the location caught fire in 2006, is now unsafe to enter, and is slated for demolishment.

Disclaimer: Iowa Haunted Houses does not endorse or support trespassing to visit real haunts. Before you visit ANY local real haunt, make sure to acquire the appropriate permits and/or permissions, and be respectful of privately owned properties. Countless Haunt Hunters have been arrested, ticketed, and reprimanded by the authorities for trespassing. To avoid this, be sure to get in touch with the property owners before visiting a haunt, and respect their hours of operation, local regulations, and rules for visiting at all times. Happy haunting!
All information on this page was submitted to Iowa Haunted Houses and was believed to be accurate at the time it was posted. Please report any inaccuracies here.