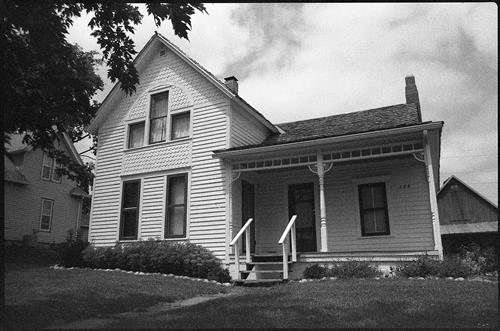 An entire family was brutally murdered in this home back in 1912. Two adults and six children were killed with an axe, and the home is believed to be haunted by their spirits. The house was investigated and featured on the TV show Ghost Adventures and renovated in the 1990s to serve as a local museum. A documentary had also been made surrounding the home and its murders, which to this day, remains unsolved. It has been said that the murders were so horrific that the case took the sinking of the Titanic (which occurred about two months earlier) off the front page of the newspaper.

Disclaimer: Iowa Haunted Houses does not endorse or support trespassing to visit real haunts. Before you visit ANY local real haunt, make sure to acquire the appropriate permits and/or permissions, and be respectful of privately owned properties. Countless Haunt Hunters have been arrested, ticketed, and reprimanded by the authorities for trespassing. To avoid this, be sure to get in touch with the property owners before visiting a haunt, and respect their hours of operation, local regulations, and rules for visiting at all times. Happy haunting!
All information on this page was submitted to Iowa Haunted Houses and was believed to be accurate at the time it was posted. Please report any inaccuracies here.