Scarville, Iowa and Other Eerily Named Towns Across the Country 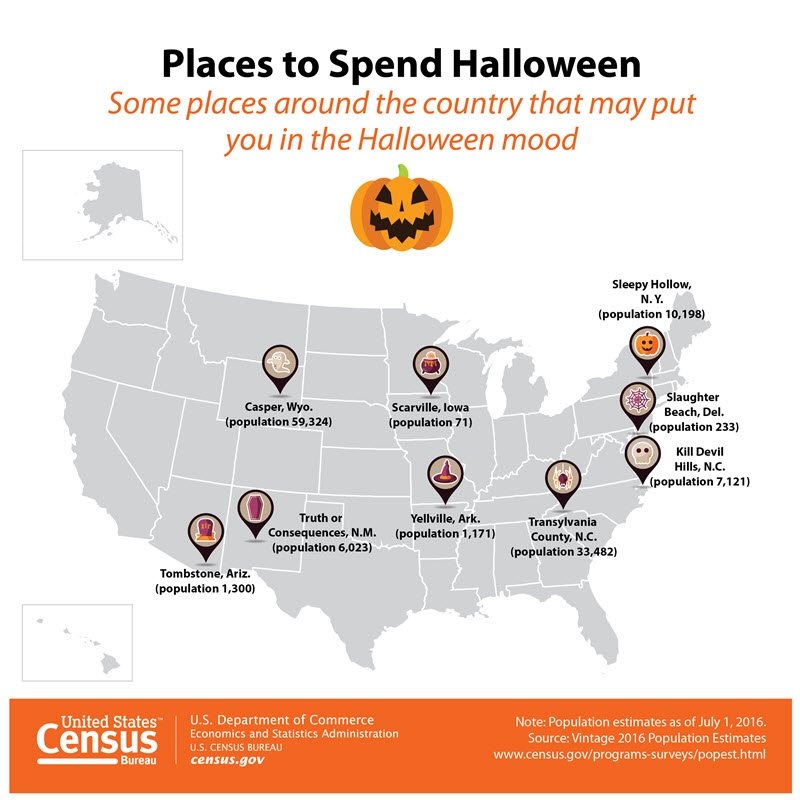 There Are Tons of Towns With Spooky Names Across the US!
Photo by: The US Census Bureau

Have you heard of Scarville, Iowa? It's a town with a creepy name, at least according to the US Census Bureau, who have put together a fun list of towns with spooky nomenclature to help you get into the Halloween spirit, this season. Across the country, there are tons of towns with names that some might find to be...eerie, or off-putting, but it's all in good fun! These towns are each unique in their own way, and are a fun place to visit during the Halloween Season if you'll be in the area this October!

While it's fun to look at the funky names of towns across the US, we'd like to mention that while the names of these towns might by spooky to some, we're sure that these towns are filled with lots of fun loving Halloween enthusiasts, rather than ghosts, ghouls, or goblins - just like your local town is!

Where Will You Be Spending Halloween 2017? Do You Know of Any Other Towns with Spooky or Scary-Sounding Names?
Let Us Know in the Comments Below!